THEN! After being gone for forever, when she comes home she calls for my aunt Sarah – doesn’t even look at me – goes back outside and I don’t get to see her for another leaving me alone and heartbroken…again!

When she finally comes back in to say hello to me it’s not from the front door like she went out, she’s comes up from the basement…smelling like ANOTHER DOG!

Finally she explains and apologizes to me.

When she left she went to go see her poppa, who is currently staying an hour away in a skilled nursing/physical rehab place. She left in a hurry so she could get back to me in a hurry. Then, on her way back she saw him. 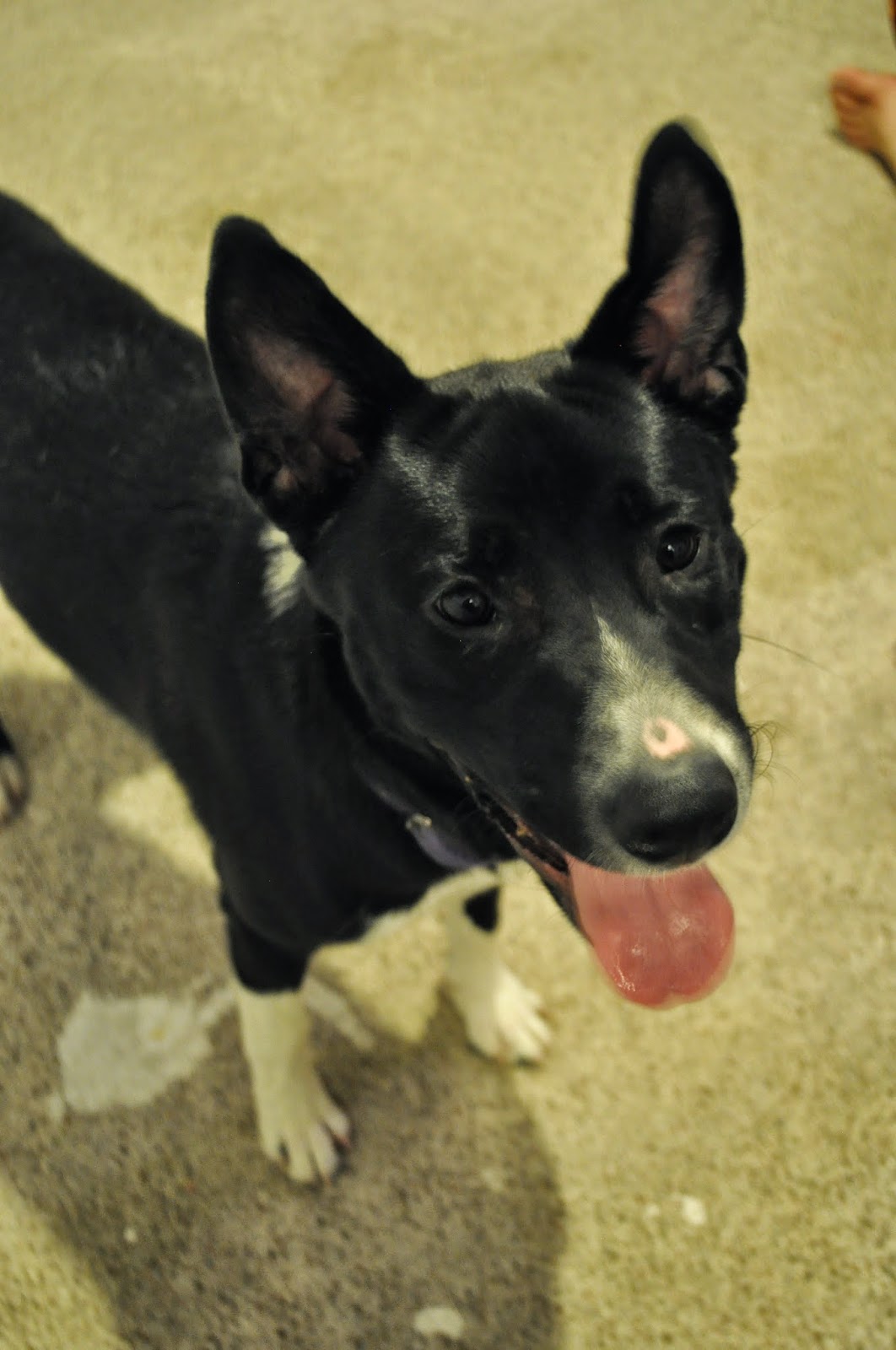 He was wandering around on the side of the road – a pretty well used one – with no human in sight. My momma and another woman who was going to opposite direction both saw him at the same time and the both of them stopped.  The dog was more interested in sniffing around then either Momma or the other woman, and was not showing any signs of being aggressive when they cautiously approached.  Momma managed to get ahold of the collar the dog was wearing and was  sad to see there were no tags attached to it.

Momma's phone was dead and the other woman didn't have one, but they both knew they couldn't leave the dog out there. Since the other woman who stopped had kids in the car Momma said she'd take the dog over to the nearest Park Ranger station down the road. Momma got the dog in the car without a problem and still without him showing any signs of aggressiveness.

Of course when Momma got to the Ranger station it was empty, and without much other option she took the dog home to spend the night in our basement. 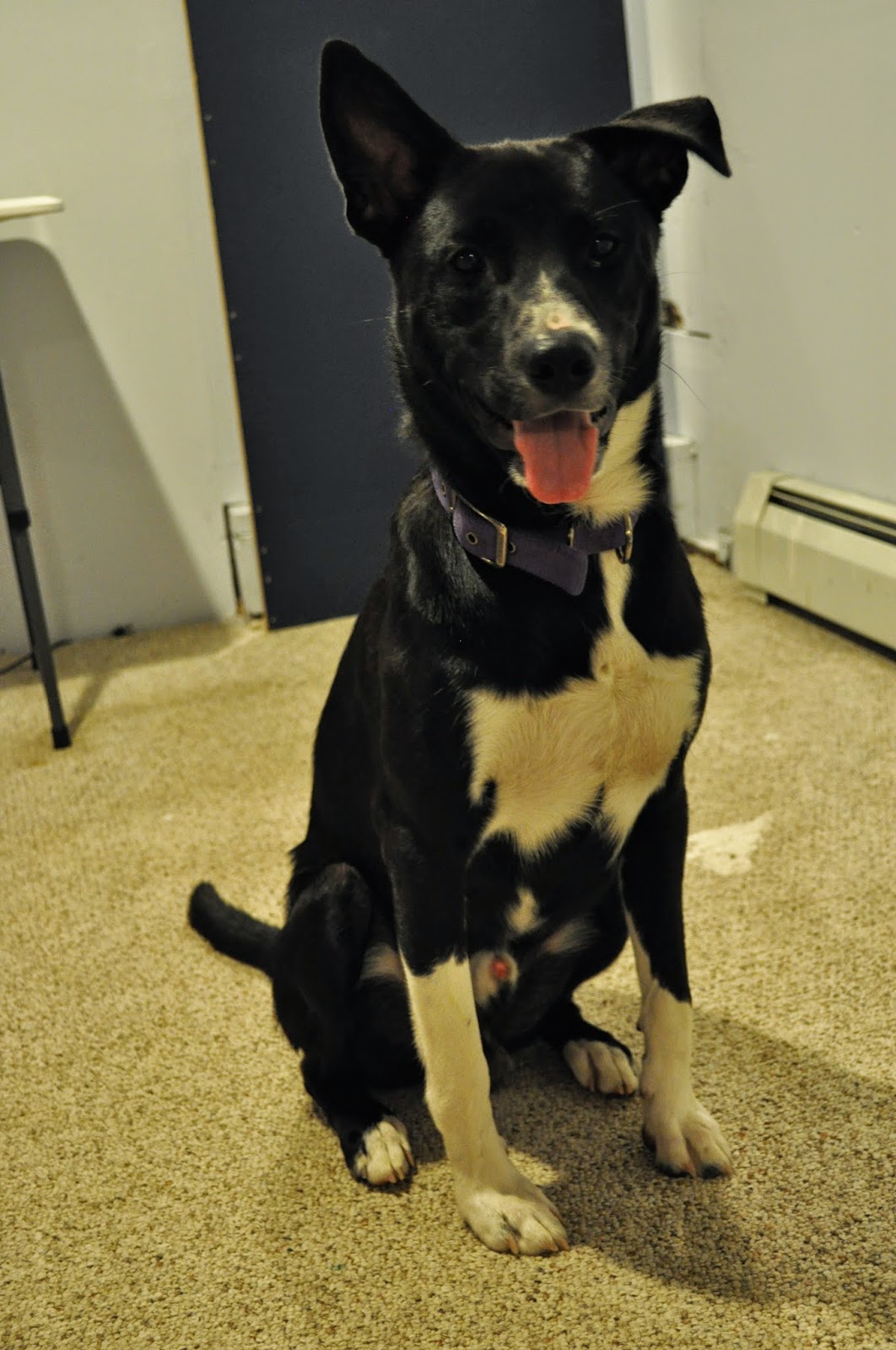 She posted on Facebook about him and on the page to the most local animal shelter, and my aunt Sarah called the local police department to report him and see what should be done...which, at the moment, was not much.

The next day Momma had work and my aunt Sarah did some calling around to the shelters. As it turns out, the dog had previous been in the possession of the Park Rangers after having been found earlier in the day. He was to be held at the station until the shelters opened, but had managed to escape.

And that's when Momma and the other woman saw him.

So after work the next day Momma took the trip herself to the shelter to make sure the dog got there safely!

Driving this dog around in her car certainly made Momma glad that I'm such a good travel companion...AND that I don't shed! BOL