They decided to change Steven's (that's Poppa's brother's name!) silver colored car into an orange one!

It was a long, all-day process and Momma snapped pictures of it while I supervised. I wasn't happy about it, Momma tied my long line around a tree away from the action and out from where the breeze was blowing the smells of the stuff they were using.

Here are some of the pictures Momma took of the whole event! 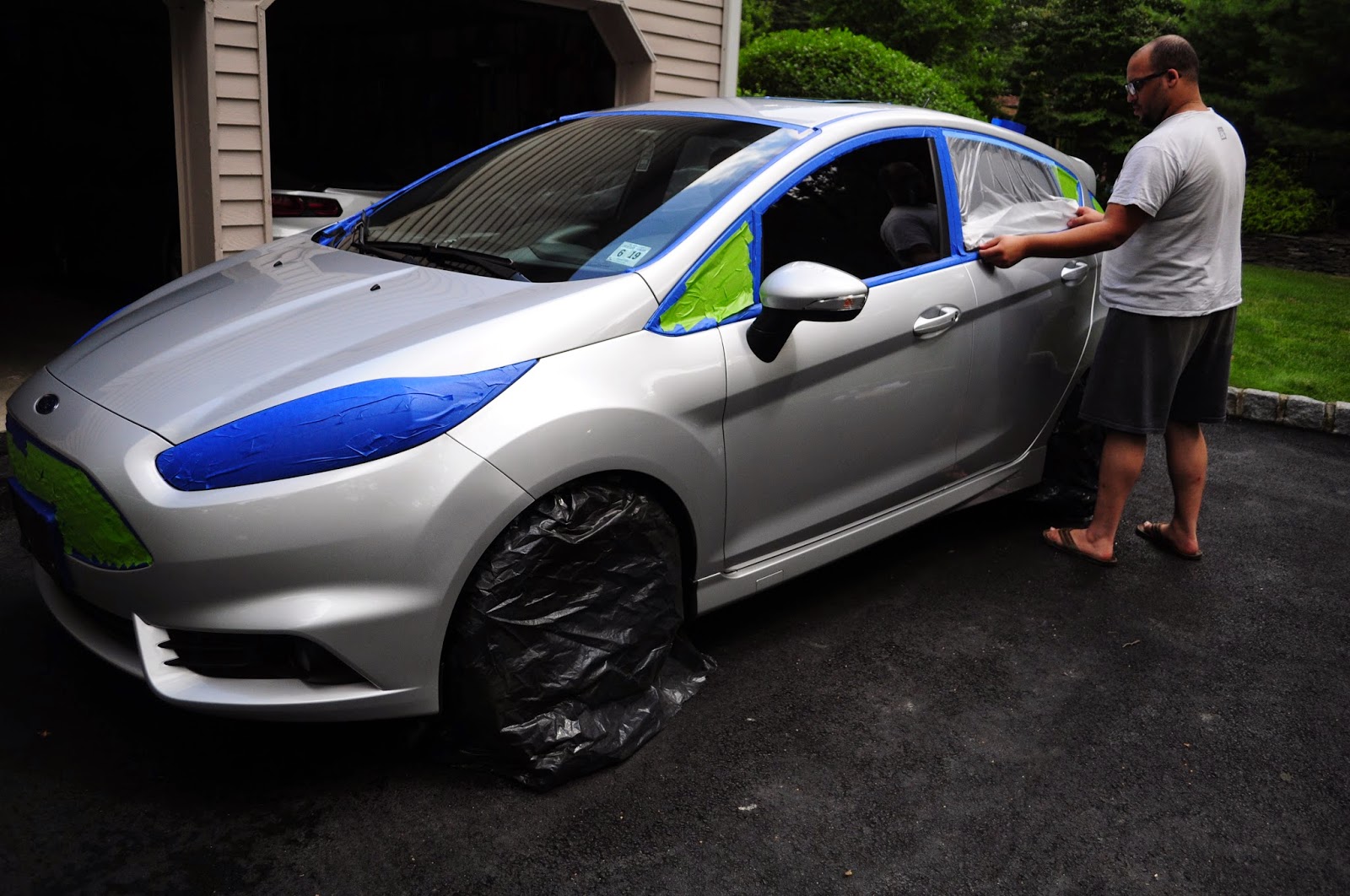 First thing they had to do was to cover anyplace on the car they didn't want to spend forever peeling the paint stuff, Plastidip, off from. 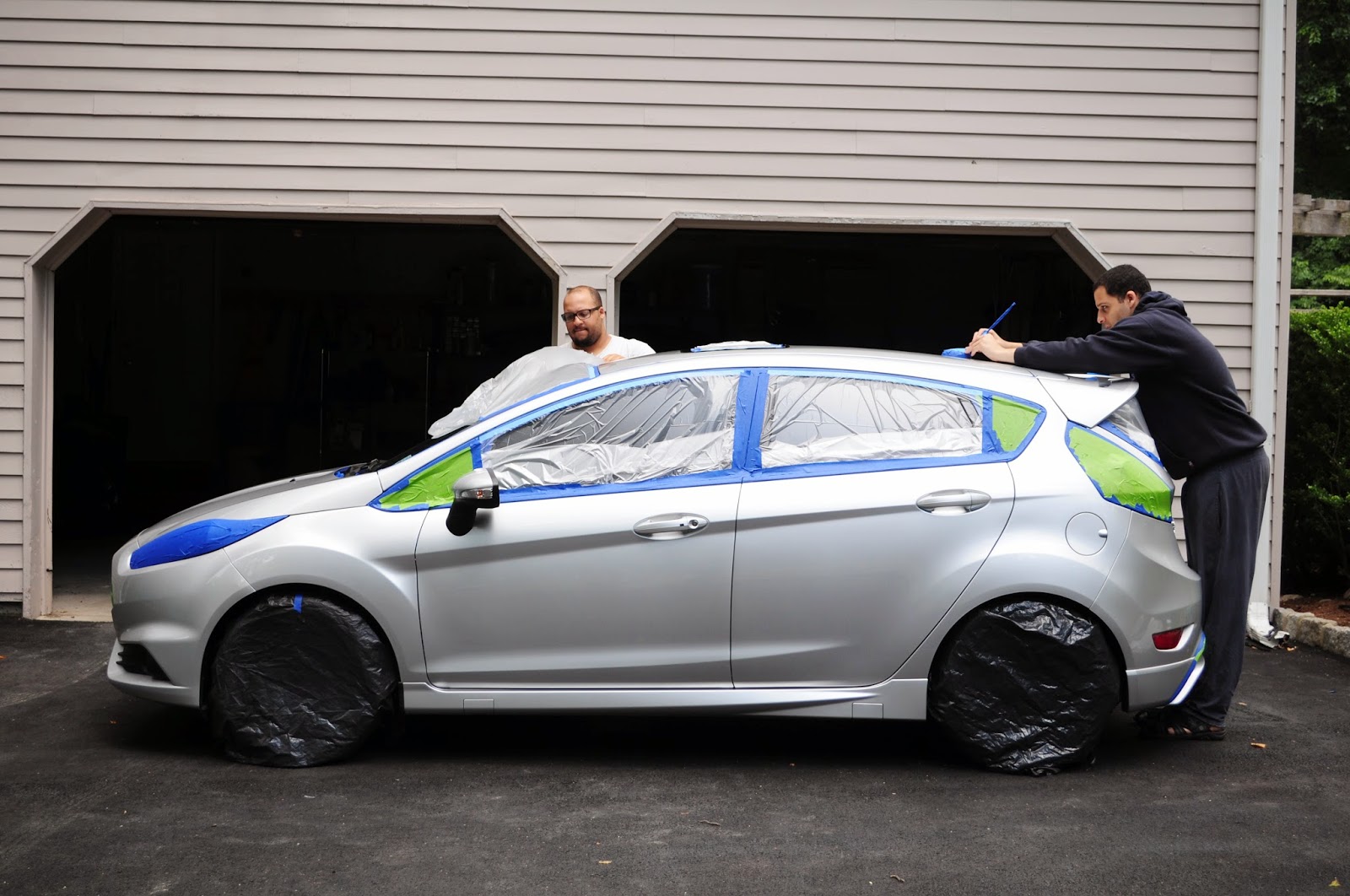 Just about everything is covered! 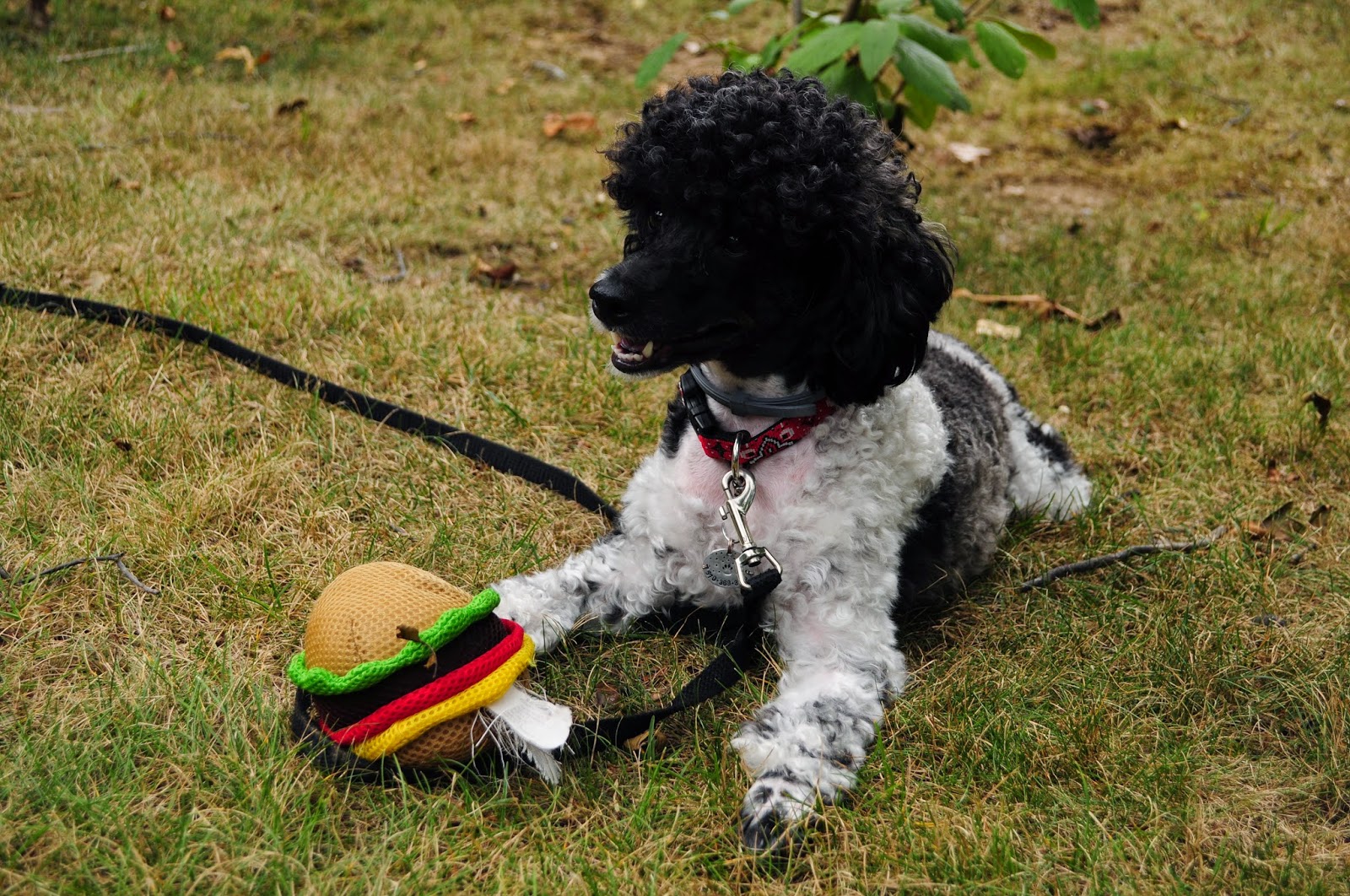 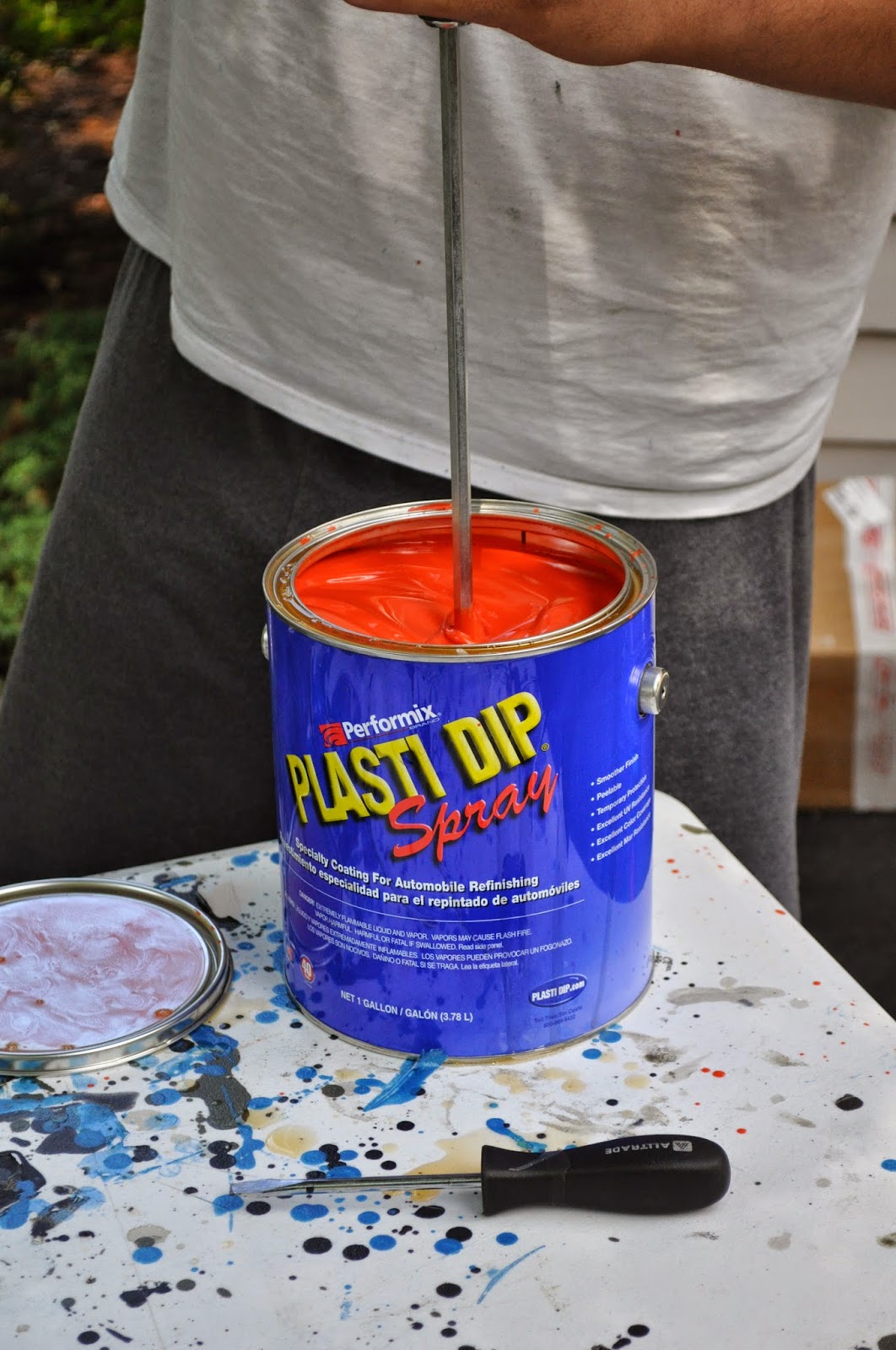 Once the car was properly covered, Steven pulled out this bucket of paint and mixed it up really good.

After it was properly mixed in it went into this spray-gun-machine thing. Him and Poppa put on these mask things, and then the re-coloring began! 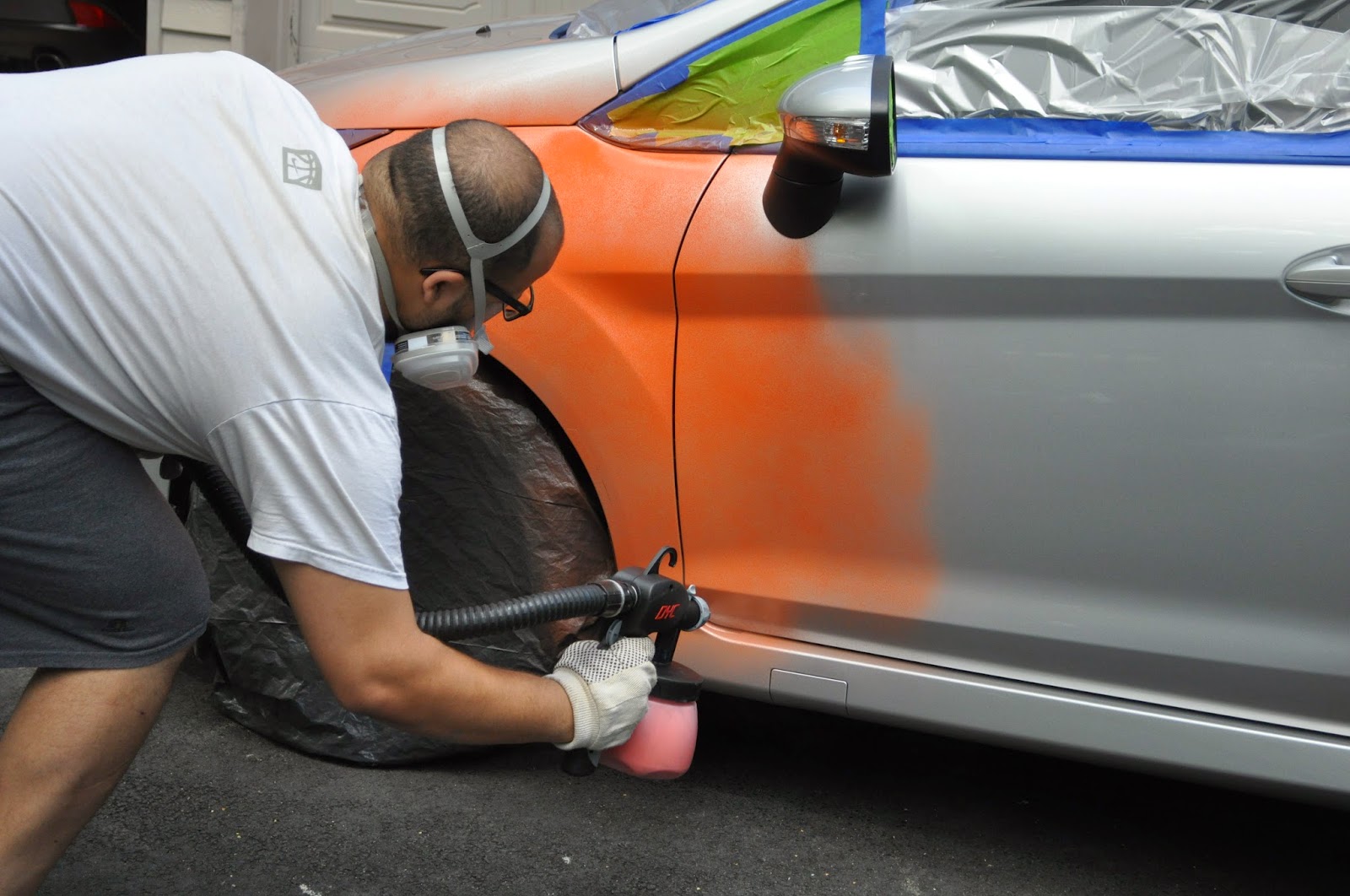 The beginning of the end of the car being silver! 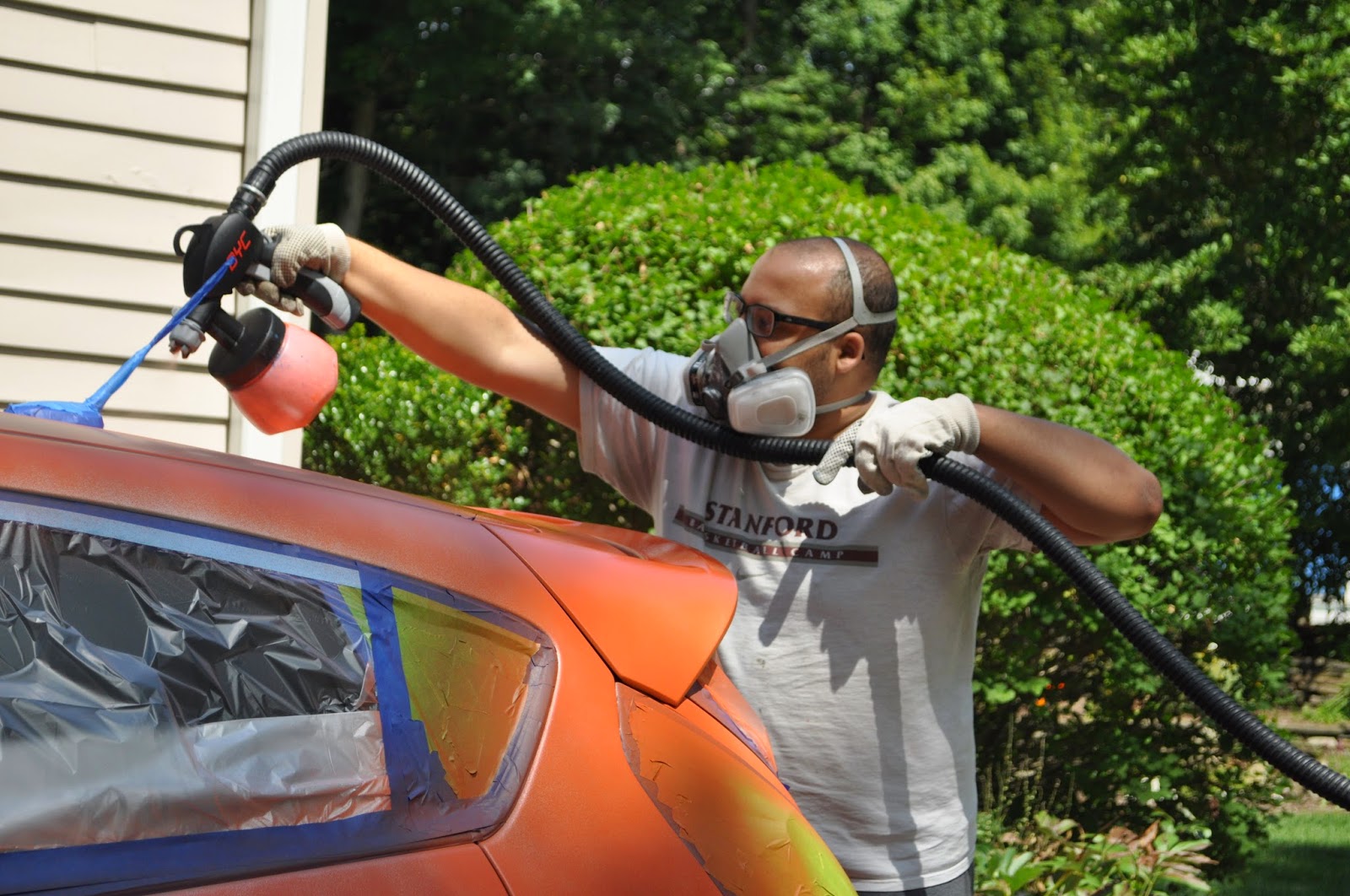 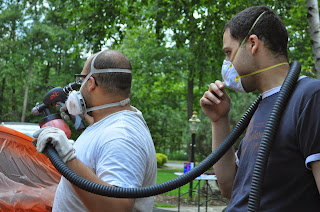 Poppa's job during this whole thing was as support/air-gun power-pack thing carrier. And to make sure his brother didn't get caught up in the hose! 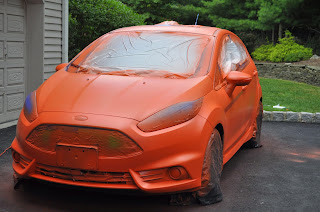 All in all the car received five layers of this orange color as a base. Once five layers were on, Steven played color-mixologist! 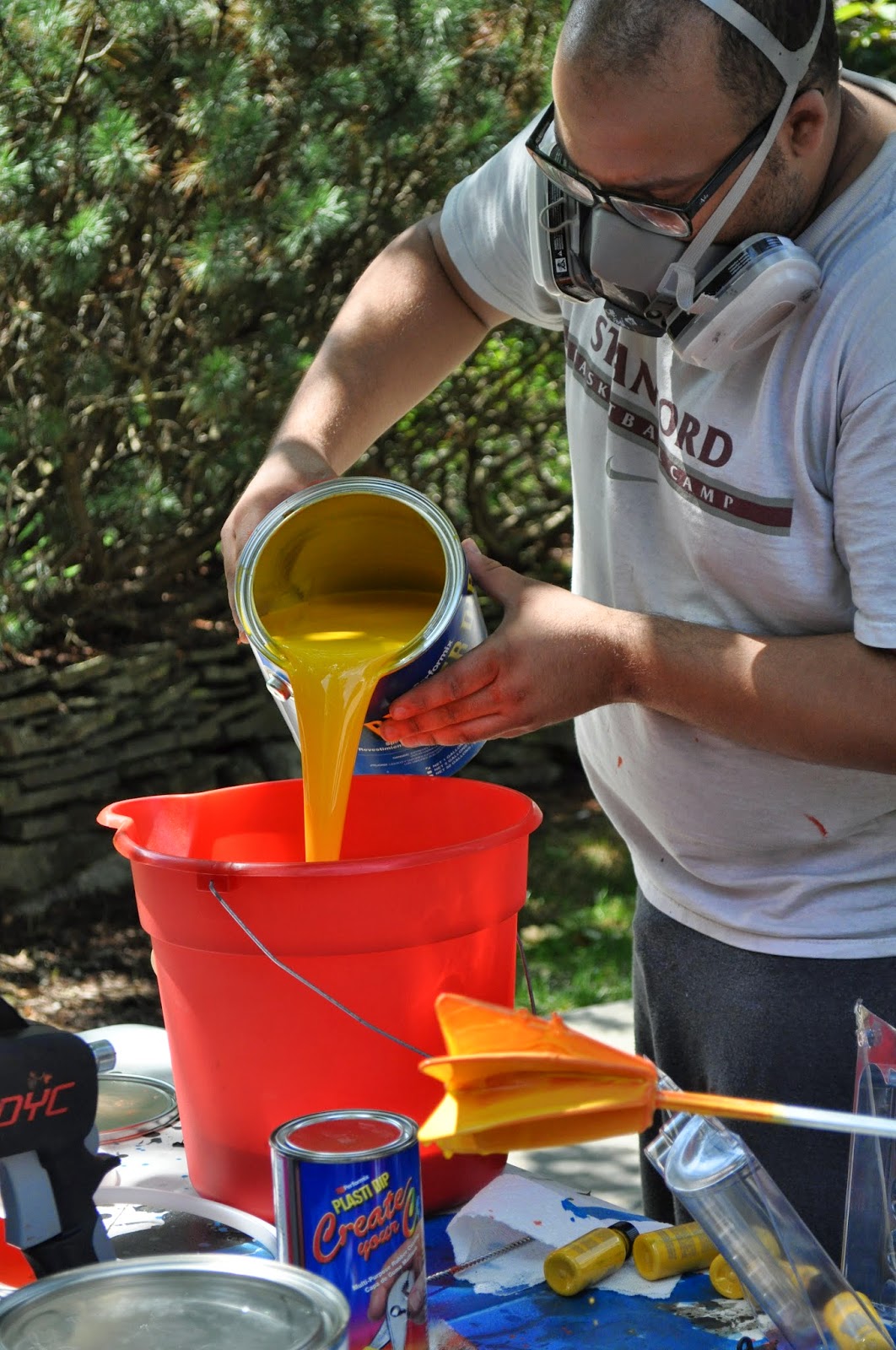 Some more of the orange went into a big ol' bucket....along with this yellow and something they called a pearlizer that made it all kinda shiny.

Then into the spray thingie it went and they began to spray it right over top that other color! 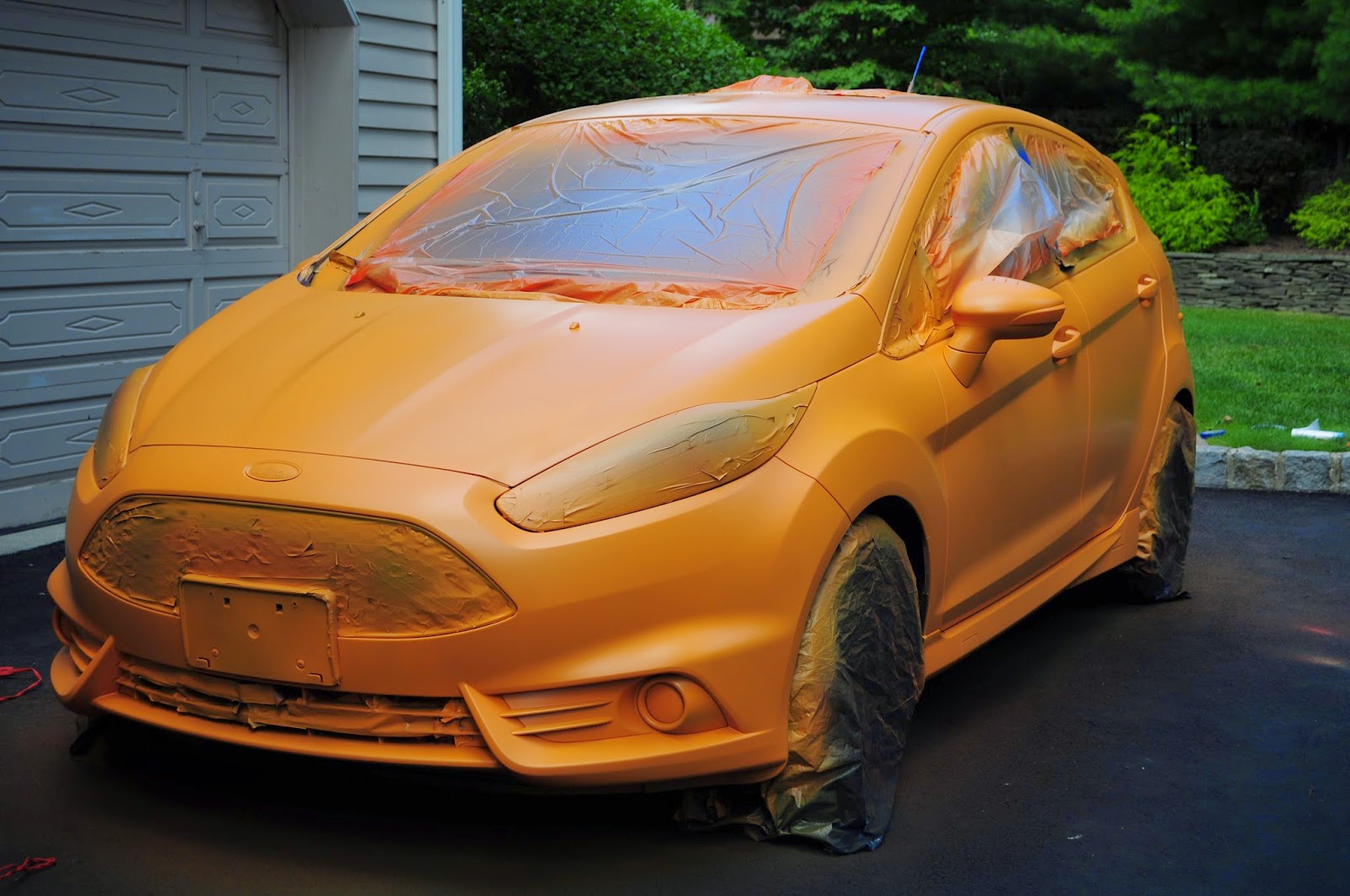 Another five layers later and it was time to start pulling off all the taped up areas! 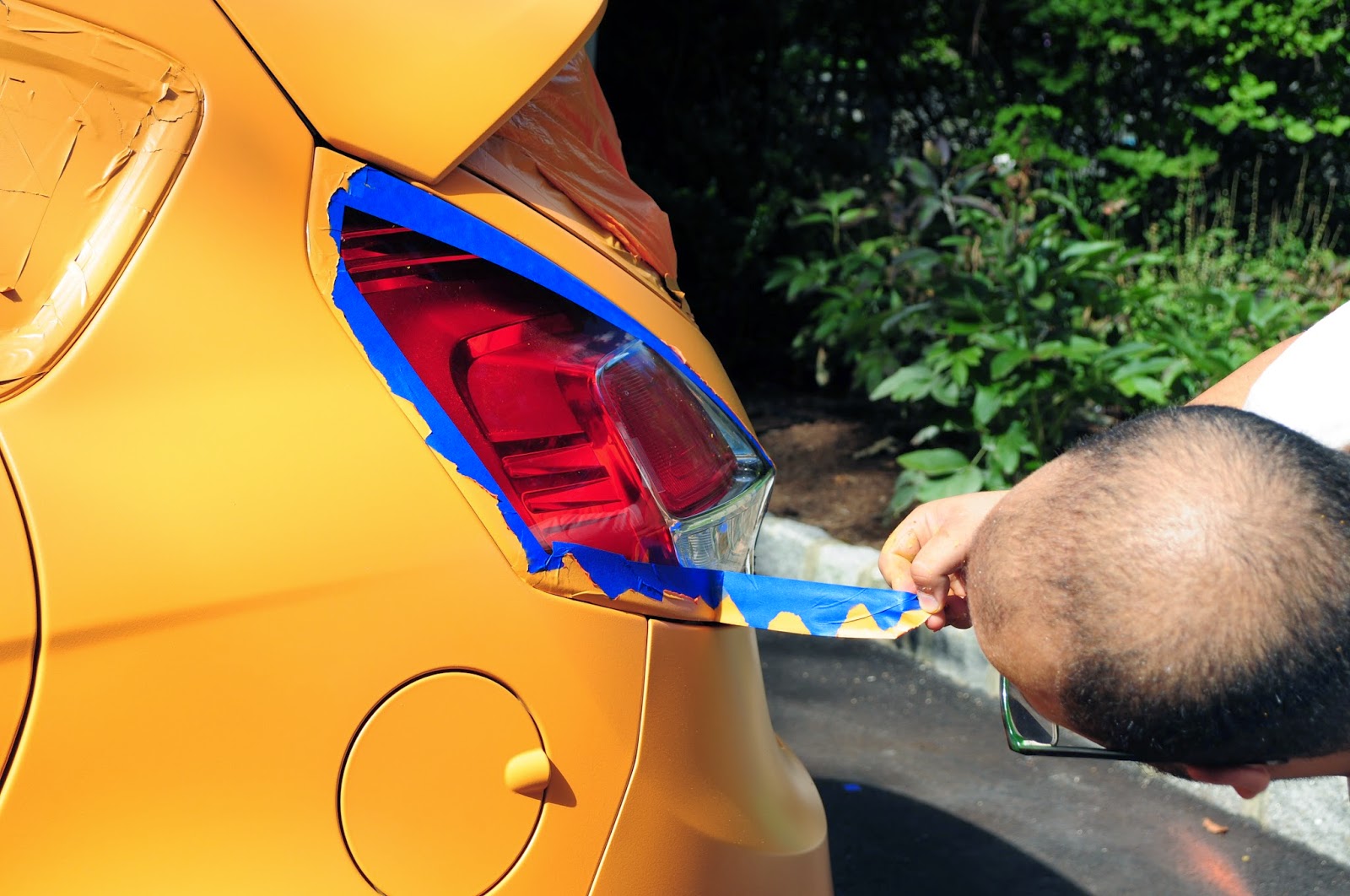 Some areas that had to have the plastidip stuff pulled off weren't taped up, mostly smaller areas...like this rear-light thing I'm helping Poppa to uncover. 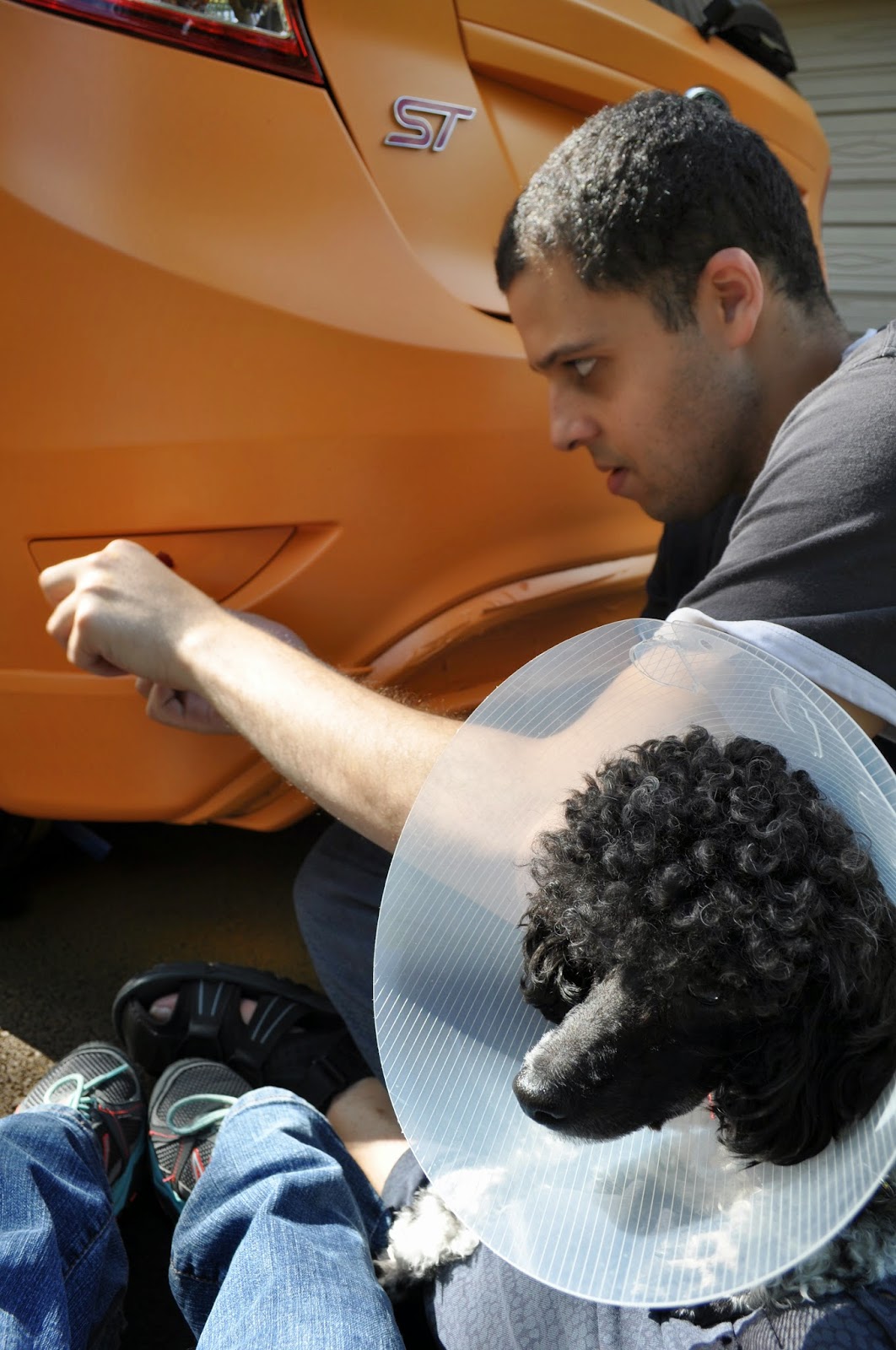 Yeah, I had the cone on for awhile again...my face was just being so itchy! Especially after Momma and Poppa used the face wipe things on me again... 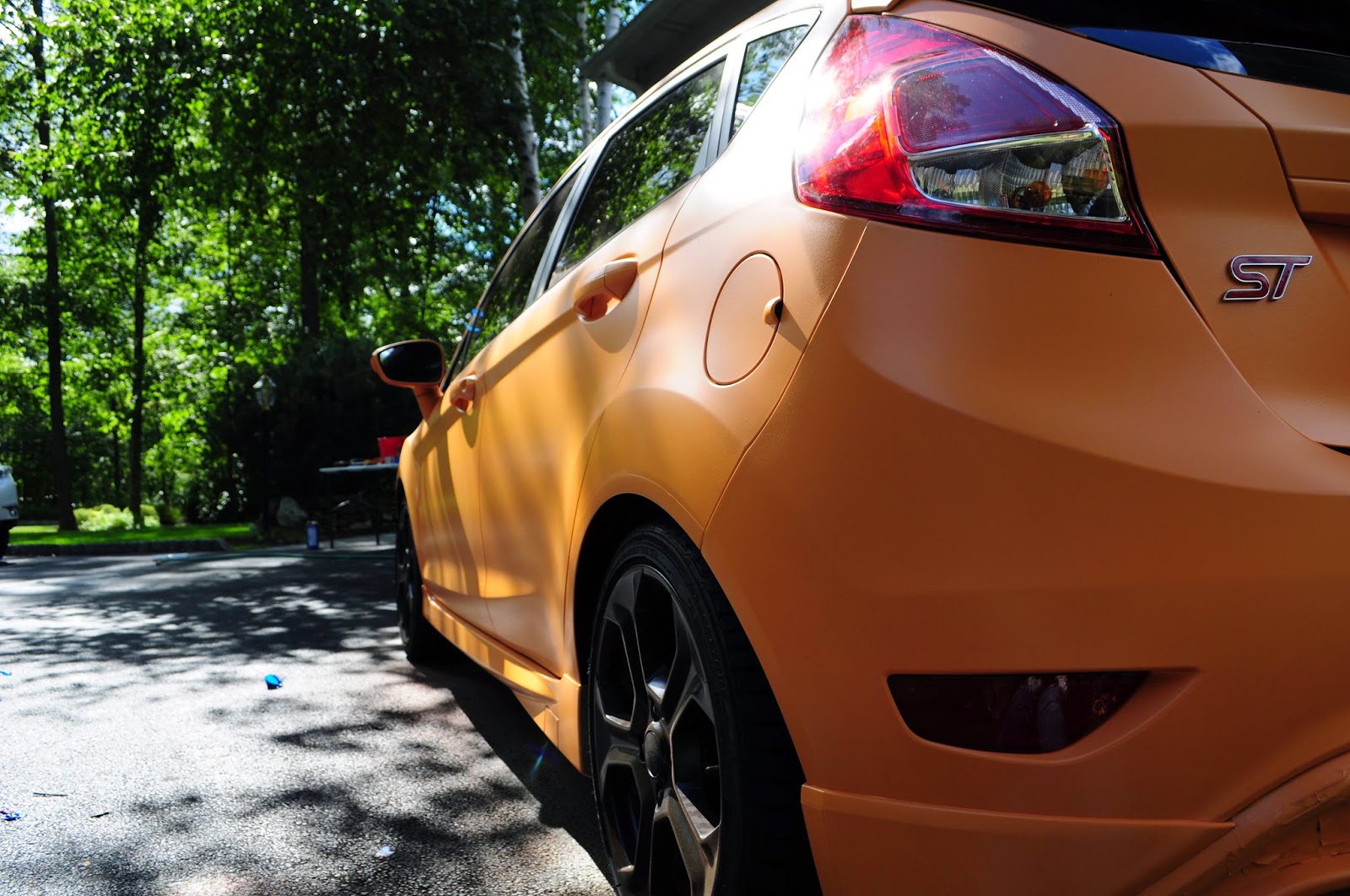 Plasti-dip peeling was really hard work. I decided maybe I was more suited to supervision and went to go sit with Momma...bonus! She took off my cone (since she said she could stop me itching myself if I stayed with her!) AND I had a great headrest on her leg! 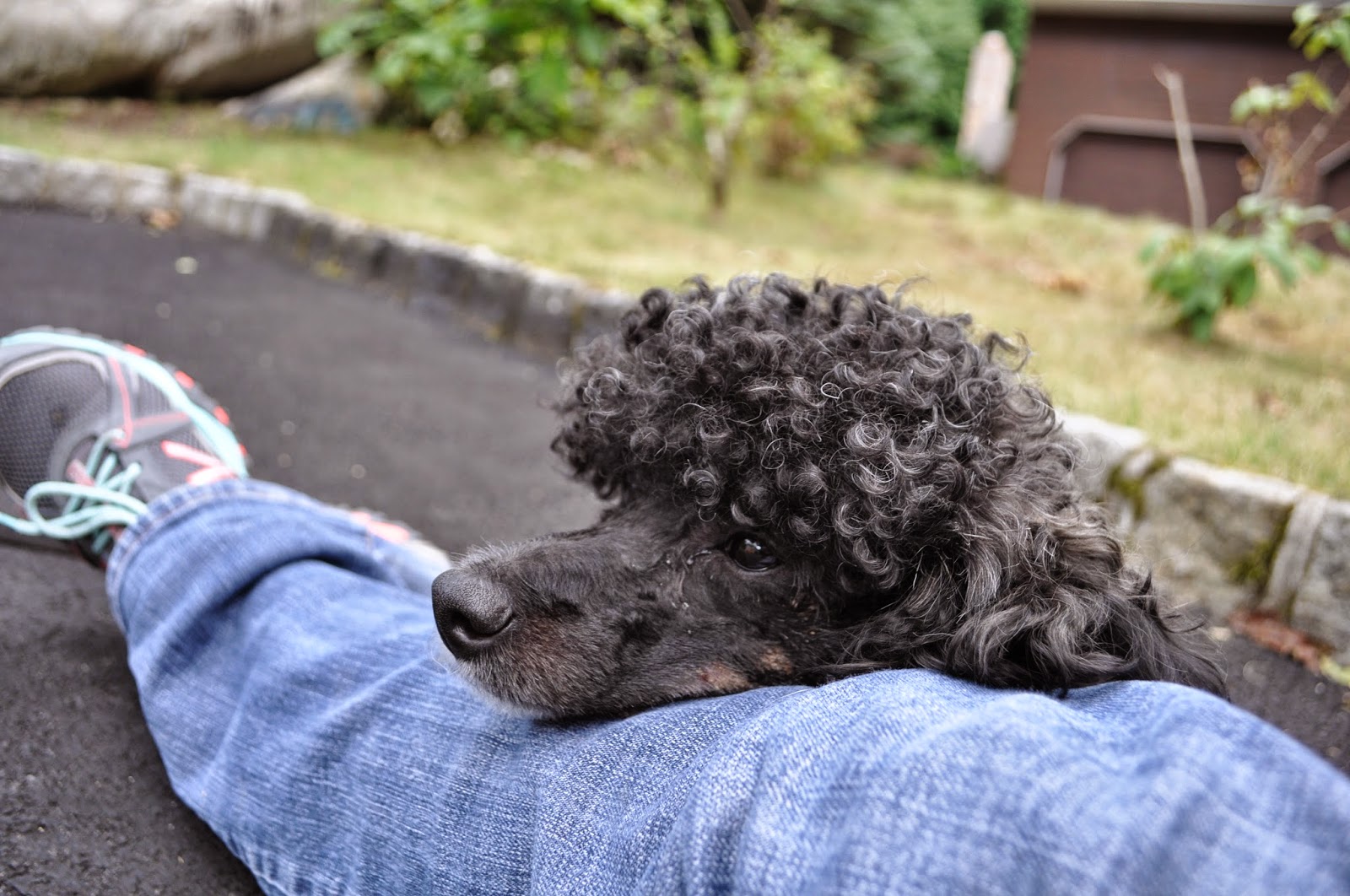 The car was almost done and Poppa came over for a break to sit with Momma and me. 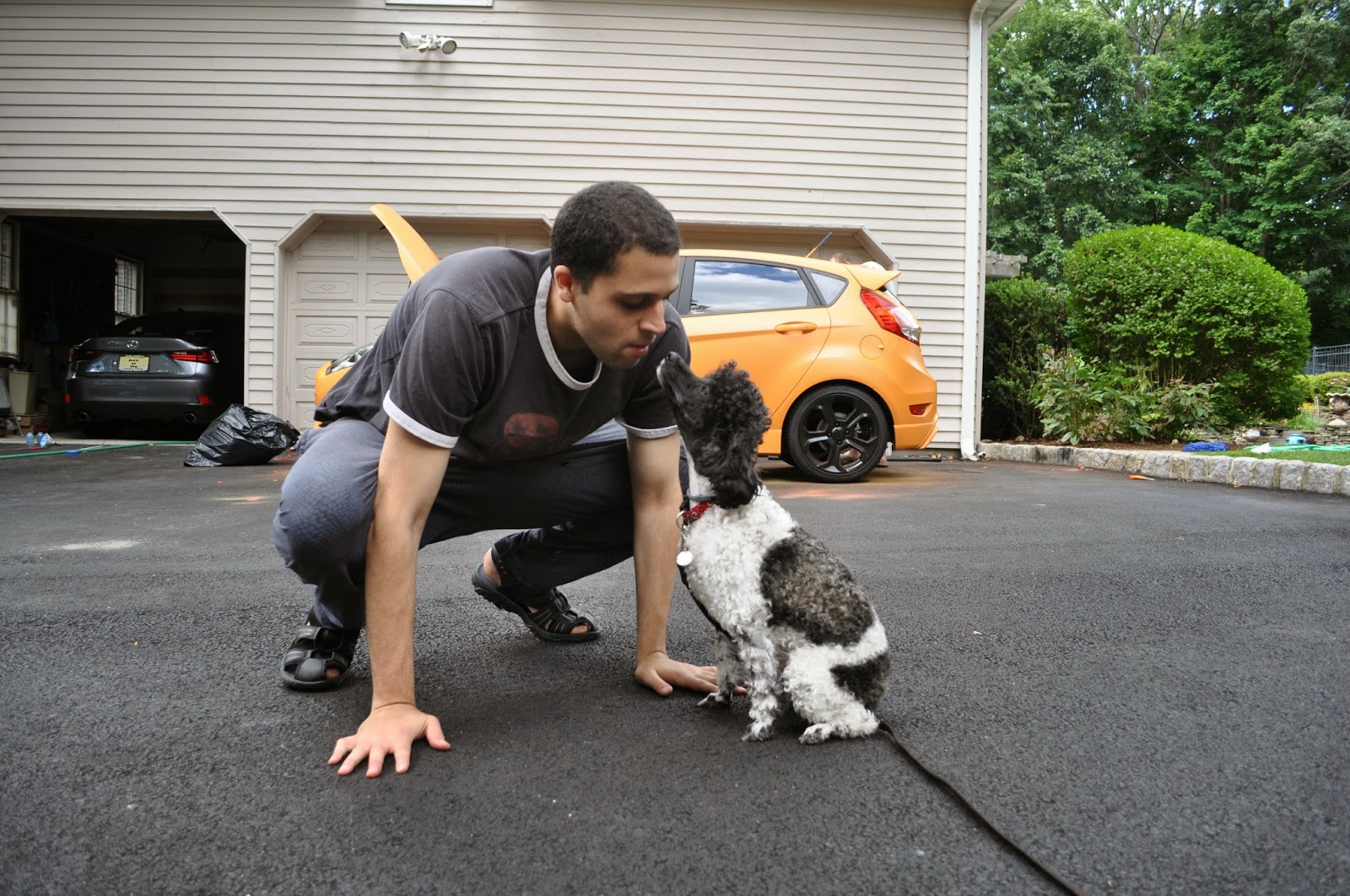 And this is Steven's car now! Kinda cool, huh?! 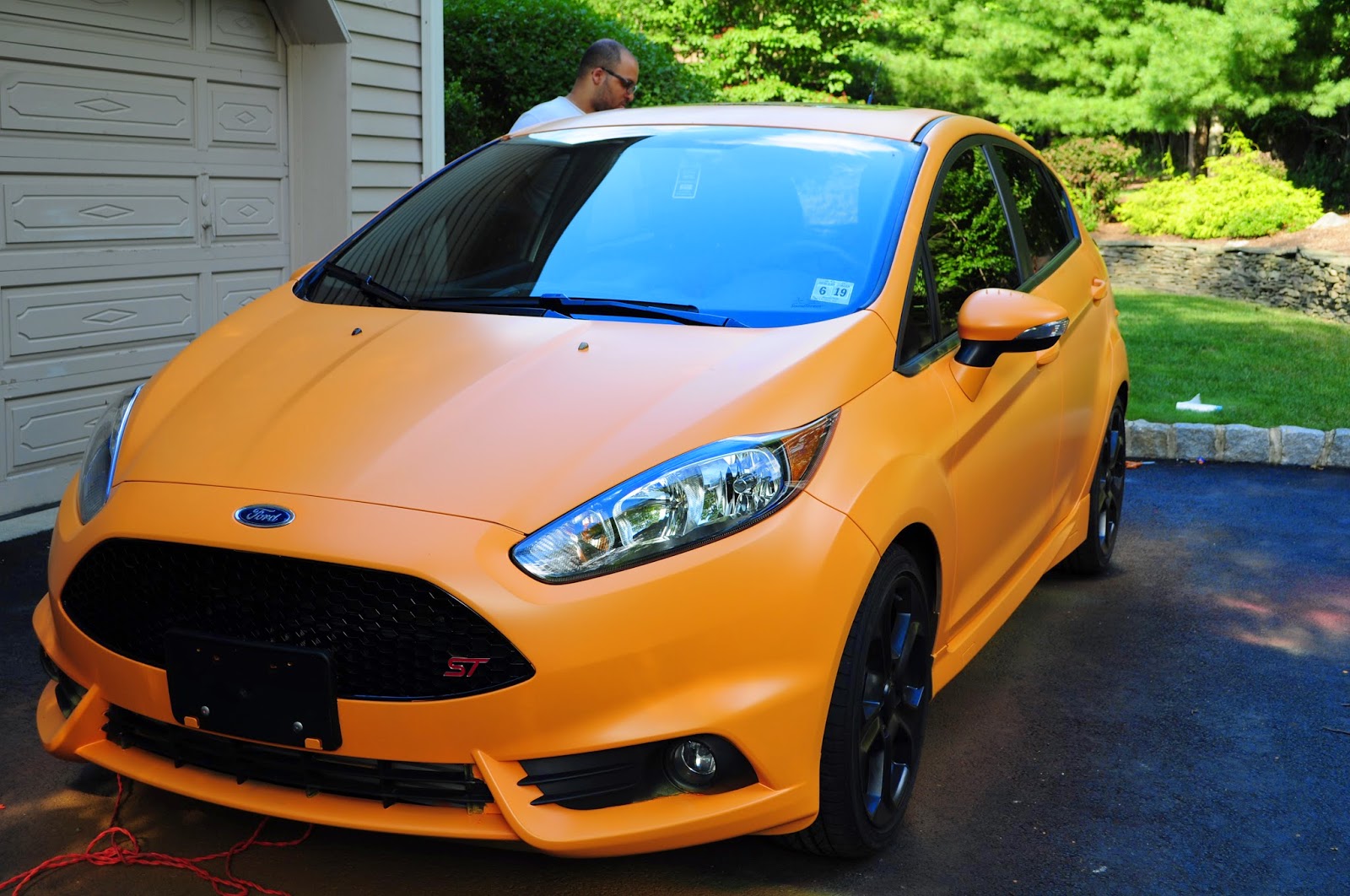